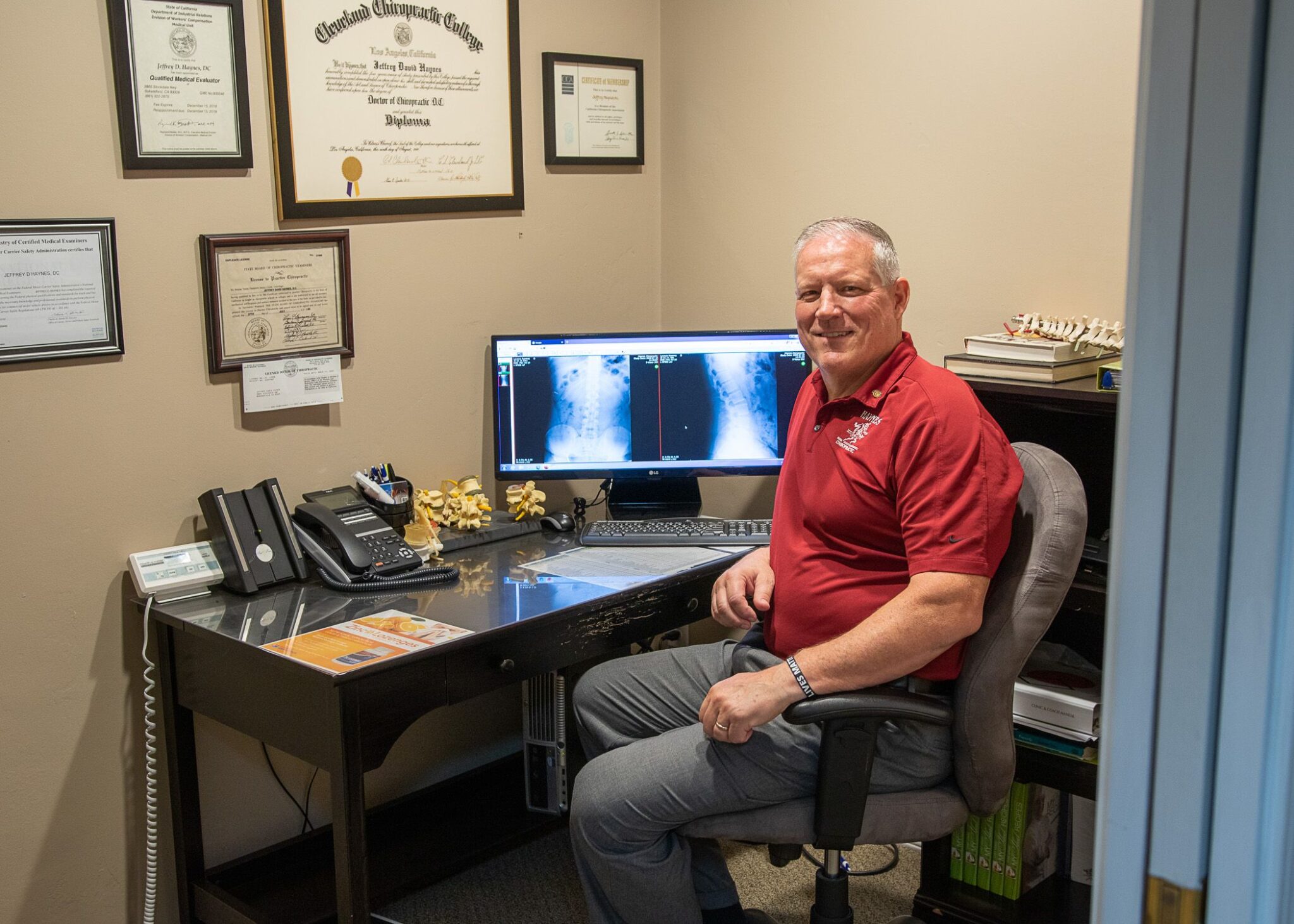 Bakersfield Chiropractor Dr. Haynes was born and raised in Bakersfield.

Furthermore, he attended Bakersfield high school and Bakersfield College before moving to CSUN for his undergraduate degree.

In addition, Dr. Haynes attended Cleveland Chiropractic College and received his doctorate in 1991.

Returning to Bakersfield in 1992 he worked as an associate before starting Haynes Chiropractic in 1995.

The Doctor is certified by the National Board of Chiropractic Examiners and has completed many post-graduate-courses.

Dr. Jeff Haynes completed a one year course on sports injuries that emphasized the treatment and management of athletes.

Jeff Haynes D.C. was certified in the Cox techniques that treat the lumbar spine for disc herniations with disc decompression and has completed the courses for Industrial Disability Examiners and in A.M.A. Disability Evaluations.

Becoming a fellow of the Academy of Forensic and Industrial Chiropractic Consultants in 2006.

Moreover, he completed an intensive course in animal chiropractic and was certified by the American Veterinarian Chiropractic Association in 2006, and is currently working on a Performance Enhancement Specialist certification that emphasized rehabilitation, reconditioning and performance enhancement and individualized integrated training programs to keep their athletes performing at the highest level.

Dr. Haynes began working with youth sports in 1992 and has worked as a team doctor for various high schools since that time.

Similarly, he became the team chiropractor for the Bakersfield Condors professional hockey team in 1999 and has continued for the past 9 years.

After that, in 2005, the Dr. was the team chiropractor of the Bakersfield Blitz Professional Arena Football for 2 years before the team dissolved.

We want you to know that we are prepared for you and your family.

For the protection of our customers and our employees, we’ve followed the guidance of the W.H.O. and the I.C.C. and their directions to business owners.

As a result, we have disinfected all surfaces and implemented recommended strategies to keep safe distances between all customers and employees to prevent any transmission.

Our team is on top of the most current information available to businesses.

In conclusion, we are open for business.